As featured on The Vault - TrueBlood-Online.com.


The L.A. Marathon started yesterday just after 7 a.m. under cold and cloudy skies even though it was expected to be a day of torrential downpours. Rain was an issue for many runners during last year's marathon, when 2.36 inches fell. This time the forecasts were wrong and as the sun came out, about 23,000 runners were scheduled to take part in the 26.2-mile race from downtown Los Angeles to Santa Monica. 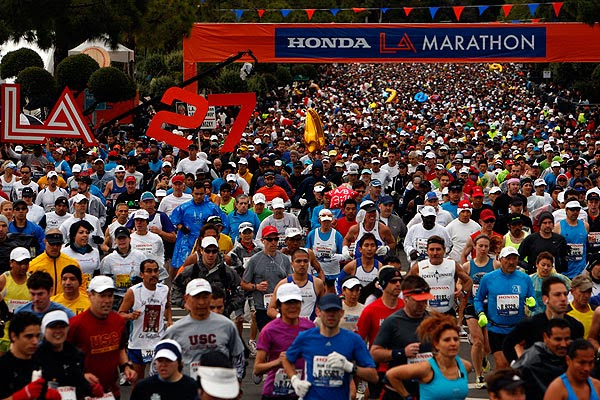 PHOTOS: 2012 L.A. Marathon is off and running and somewhere in this crowd is EJ Scott

I had set up a meeting with EJ and Deborah Ann to be at the finish line of the run to catch a short video with them about his run. I had signed up to receive text alerts about EJ and my last text report about his run read: Edward Scott - Finish in 6:13:12 Pace 14:14 At 13:59:04.  So, he finished at approximately 2:00pm and it hadn't rained at all and instead the big weather story of the day was that the winds were very strong. EJ posted the photo below on his Facebook page saying: "A highlight of my life was randomly meeting Chef Gordon Ramsay before the start of the LA Marathon yesterday. Shortly after this pic was taken I met Sean Astin (no pic) but he was super nice and said nice things to me and wished me luck. It was a great start to an excruciating 6 hours and 13 min. I completely nerded out meeting Gordon. He was really very nice." 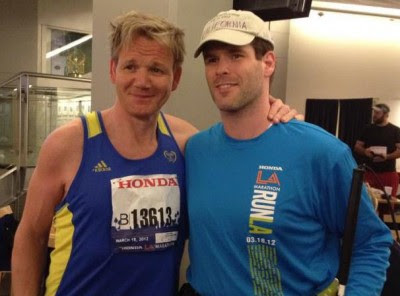 At the finish line we met up after EJ had finished his third of twelve marathons that he plans to run this year. He looked relieved to be done and with him was his girlfriend, True Blood's baby vamp, Deborah Ann Woll. It was here that they met with me for a short video interview. As you will hear him say in the video below, he dressed preparing for rain and the change in the weather was a surprise that sort of put him, and many others, off a bit. 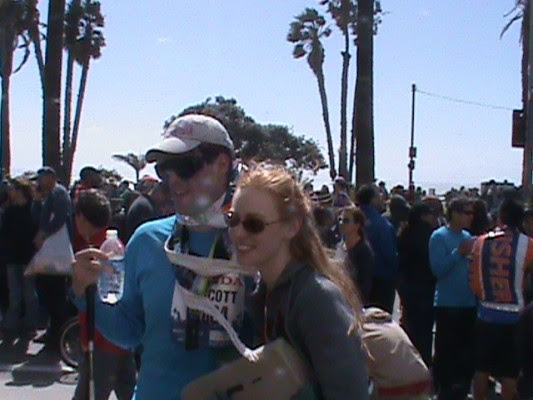 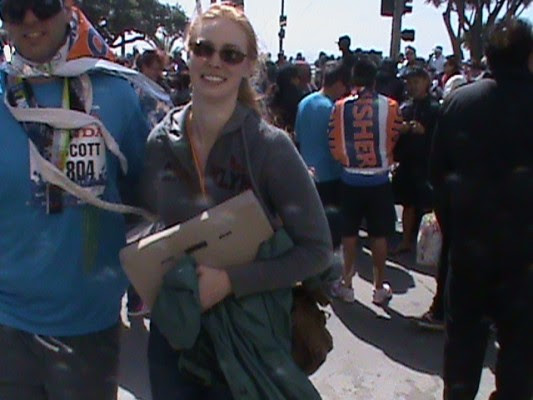 I was happy to be surprised that the race had another True Blood connection. EJ ran the event with True Blood's Executive Producer and Writer, Raelle Tucker's husband as his guide. I was thrilled to get a chance to meet Raelle; I am a huge fan of her writing.  For me the day was complete. After we talked, Deborah was kind enough to sign a photo of Jessica for a friend and she also signed TV Baby's "Baby Vamp" outfit, see photo below.  Doesn't she look adorable in her shades with her baby vamp "onesie." By the way  TV Baby's mom, TV Girl was also with us and she helped me get this photo. The "onesie" is available in the The Vault's Zazzle Store.

Also, EJ did a video about his experience which you can see here:

Ultimately, the day was about helping EJ and his charity. Choroideremia is a rare inherited disorder that causes progressive loss of vision and leads to total blindness. At this time, there is no treatment or cure for this disease. There is only one thing standing in the way of finding a cure for Choroideremia: money, or better the lack of it, so EJ has set his mind on raising funds for the Choroideremia Research Foundation with an extraordinary athletic endeavor by running 12 marathons in 12 states in 2012. To protect his eyes from the damaging sun he is running the marathons blindfolded with the aid of a guide. He hopes to raise $12,000 per marathon. The Vault has joined E.J.'s team in support of his goal to run 12 marathons in 12 different states of the USA in 2012. You can make credit card donations securely through our action page, so we can all keep track of how much the readers of The Vault have contributed: http://www.crowdrise.com. All the money raised will count for E.J.'s grand total and your comment will also appear on E.J.'s Crowdrise page. Donations are tax deductible for US residents.

This PayPal button was provided to the Vault by Cory MacDonald, Operations Manager of the Choroideremia Research Foundation.
Posted by Lynn Dougherty at 7:30 PM No comments:

The Vault Visits and Supports The Amanda Foundation

I'm not only a True Blood fan, but now I've become a real fan of The Amanda Foundation and the good work they do to help homeless dogs and cats. Last year, I went to an Amanda Foundation Fundraiser called "True Blood And Music for The Amanda Foundation" sponsored by True Blood's Kristin Bauer and Tara Buck. This event was my first real exposure to the wonderful things done by "The Amanda." Recently, I visited their facility two times and Teri, the President and her assistant, Tracy were very generous in providing me with lots of information and a personally guided tour.

I think it's just amazing what the Amanda Foundation has done for the cats and dogs of Los Angeles and that's why Shad and I have decided to help them by raising as much money as we can in support of  their efforts. In Latin the name “Amanda” means worthy of love, so their charity is named not for a person but for their philosophy towards their Dog and Cat companions. Founded in 1976, the Foundation has since placed thousands of homeless animals. It is a nonprofit organization that rescues dogs and cats who, through no fault of their own, are spending their last days at City and County Shelters. We were also quite impressed that this shelter is a "NO KILL" facility. That means that every animal, whether they find a home or not has a home for life at The Amanda. This coming weekend, The Vault will launch a new auction for the benefit of the Amanda Foundation and before we do, I wanted to share information about my visits to illustrate the good they do for so many unfortunate and needy dogs and cats in the Los Angeles area.

Tour of the Facility:

I first went to the hospital/shelter in January where I got a full tour of the facilities. I also went back again in February to shoot some additional photos and video.  From the footage I gathered at both visits, Shad produced the video below.  The facilities are by no means "glamorous," but the facility is clean and offers the best of care to the animals.  We love how they use every available space to give an unfortunate dog or cat the necessary love and care!

SPAYMOBILE IS THE ANSWER TO ENDING PET OVERPOPULATION There are not enough homes in the United States for all the dogs and cats filling the shelters. It is indisputable that the highest number of impounded pets come from the lowest income neighborhoods. The Spaymobile travels to Watts, South LA, Pacoima, Boyle Heights, Highland Park, etc. offering free spay/neuter and vaccines. Their program is unique because they go into the most under-served neighborhoods and reach out to the communities in familiar and user friendly ways that appeal to the people they want to help. 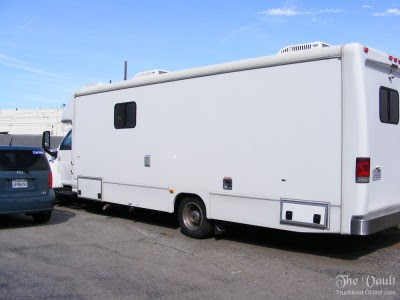 How can you not love them?

While seeing the Spaymobile and all the other furry friends, was a real treat, the story about Cupcake and about Rita Russell and her puppies, just stole my heart. During my first visit, I met "Cupcake," the little female Chihuahua who had recently suffered a horrible accident where both of her front legs were broken. Here's a video about her made by the Amanda Foundation:


Below is a photo of her and, as you can see, with the excellent care she has received at the Amanda Foundation she is doing very well. In the photo she is getting a medicated leg soak (and a mani-pedi) before her splints are reapplied. She is so tiny they are using a coffee cup for the soak. Another few weeks and she should be running and playing with the other pups! 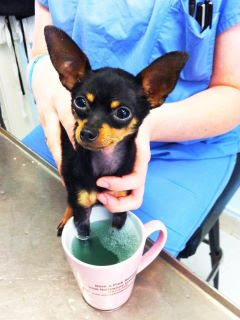 Also during my initial visit I first met mama "Rita Russell" and her little Jack Russell puppies. Here's a video about them from when they were about 3 weeks old:

Here's how you can help:


Learn more about our involvement and about the Foundation:

Posted by Lynn Dougherty at 8:46 PM No comments: