Wednesday night, I went to Hollywood to the Smodcastle to see the taping of Matt Cohen and Brendan Creecy's podcast "Bagged and Boarded". Appearing on the podcast was True Blood's Michael McMillian and Deborah Ann Woll. And, half way through the taping, joining the others on stage was also veteran comics writer Marc Andreyko who has teamed up with Michael to script the next arc of IDW Publishing’s “True Blood” comic book series which is due out next week. 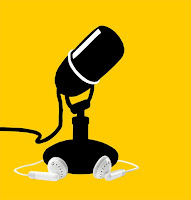 Listen to the Podcast by clicking here.

Both Michael and Deb spoke about their audition for True Blood and their other projects in the works. They also told us about where they had gone to school. Deb answered the question, why come to LA to study acting if you and are from New York. Deb went to USC to get her BFA in Acting and said that in New York most of the acting schools focus on "method" and she wasn't interested in pursuing that. She enjoyed her work at USC and expressed that she was happy to have gone there. Michael went to Carnegie Mellon in Pittsburgh and was a classmate of Joe Manganiello from his home state of Kansas.

Michael talked about his comic book series, Lucid and with Marc discussed the collaboration on the next True Blood comic book.

It was quite a joy to listen to Deb, Michael and Marc joke together with the podcast hosts. I was impressed with how witty Michael and Marc were together and how great those on stage seemed completely at ease with each other making us all laugh and enjoy our time. Below are some photos from the event.