REVIEW: Stephen Moyer in 'The Barrens'

Last night I went to see Stephen Moyer star in "The Barrens" at the Grauman's Chinese Theater in Hollywood, CA. It was the film's first day of it's week long engagement at this theater right on Hollywood Boulevard. Me and my fellow Billsbabe, Filmchick truly demonstrated how dedicated we are to Stephen's work by attending this particular night. For those of you who don't know it, there is a major freeway closing going on this weekend, here in LA and we had to cross over it to get to Hollywood. As a result, we almost didn't get to the theater in time, but luckily we managed to get into our seats just as the film was about to begin. Also in the audience was the director Darren Lynn Bousman who was sitting with several people who must be involved in the making of the film.

Darren took this photo and tweeted it from his Twitter account after the movie last night. It was taken right outside the front of the theater. The photo shows the poster from the film as it is displayed on the front of the theater located right on Hollywood Boulevard. It was great to see Stephen's photo on display in such a prominent location for the world to see. 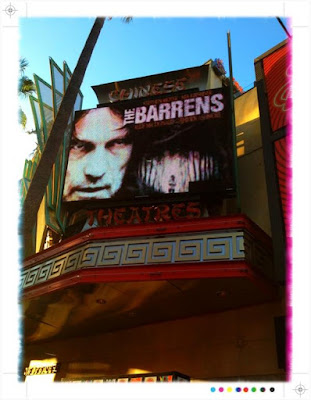 
As the movie began, when Stephen's name came onto on the screen, Filmchick and me both clapped as did many of the audience did for him and for others. The audience seemed to be made up of mostly Darren Lynn Bousman fans, but we were content to fulfill the Stephen fan contingent. Filmchick took the following photo of the poster displayed outside the screening and added her ticket admission stub. 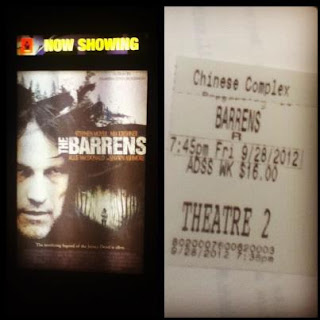 The film lasted for about 1.5 hours and it kept my attention the whole time, and not just because Stephen was in almost every scene.

I fully admit that I'm not normally a big fan of horror films. While there are exceptions for such films as Carrie, Psycho, etc., generally, just like Stephen has told his fans, I too, never see them. And, although Bousman is known for his horror films, such as the SAW series, this film really wasn't what I would consider as a true horror film. There were some quite graphic scenes in it, but you never saw the murders taking place or were shown the violence. Instead you saw the aftermath, and I kind of liked that. I much prefer suspense, a la Hitchcock and this filled that bill for me.

The story is about a typical family who go to the Pine Barrens in New Jersey for a vacation. The father (played by Stephen) went there as a boy with his father and he wants to recreate the magic he felt when a child. It's obvious right away that Stephen's character, Richard Vineyard is anxious for the family to get away together to have some quality time and bond. We learn throughout the film though that there are other reasons for the trip, but I won't mention them here because I don't want to spoil the story for anyone. Quite quickly things start to happen, which scares Richard and soon after, the rest of the family. Even so, Richard is convinced that the family should go deeper into the forest to get away from all the other campers. So, just like most horror films, that's what they do. This seemed a bit irrational to me, but when you learn what is going on with Richard, you can almost find it understandable.

The rest of the drama revolves around Richard being convinced that he has seen the creature known as the Jersey Devil. We published an article earlier this year by one of our guest writers that explains all about that myth. To learn more about it go to her article: Secrets of the Barrens and the New Jersey Devil.

The drama mostly revolved around the monster, the Jersey Devil and Richard's perceptions. For me, the ending was very satisfying and the best one. There is an alternate ending shown on the DVD, but I agree this one worked much better. But, for me, the best thing about this film was Stephen's performance. The range of emotions that he was required to portray in the film is incredible and he did an exceptional job of evolving into madness. I felt for him throughout the whole film and can understand why his family didn't, making the film fulfill it's premise. So, after seeing this and last year's "The Double," I am longing for more from Stephen because I know he has the ability to do truly profound work.

Below are a few screen-caps from the advanced copy of the DVD that we received from Anchor Bay, no copyright infringement intended: 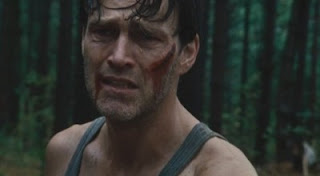 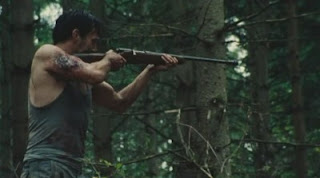 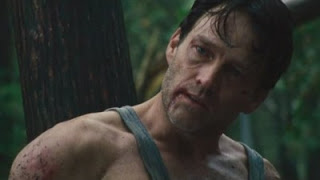 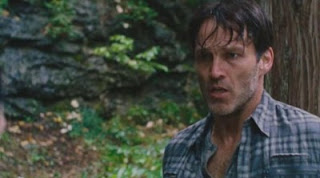 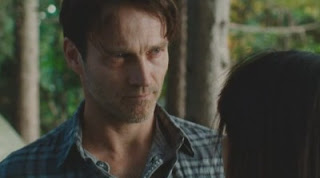 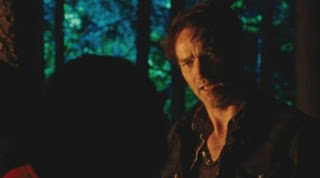 I strongly suggest that you see this film if you can in theaters. However, due to its limited release, I know that may not be possible, so why not get the DVD or Blu-Ray. You can purchase them by clicking on the image below:

The rest of the American fans who would like to see The Barrens on the big screen in their hometown will have to request a screening on TUGG.com.


Reserve your tickets HERE ON TUGG.

In collaboration with Anchor Bay we are GIVING AWAY 10 DVDs OF THE BARRENS.
This giveaway is for USA and Canada residents only.


Thanks to Filmchick for the photo and for braving the 405 closure with me.
Posted by Lynn Powell Dougherty (LYNNPD) at 6:48 PM

Email ThisBlogThis!Share to TwitterShare to FacebookShare to Pinterest
Labels: Stephen Moyer, The Barrens