This article was first published on The Vault Trueblood-Online.com 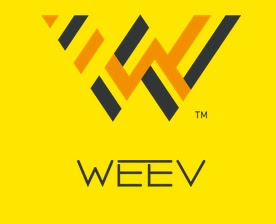 Last July, I went to the launch of Stephen Moyer's new APP, "WEEV" at the Wired Cafe during Comic Con 2014.

It was an invitation only event held at the Wired Cafe at the Omni Hotel in San Diego, CA. I was happy to be permitted to attend with my friend Lydia.


WEEV is Stephen's new app which is descrubed as social video that talks back.

Ask a question, make a statement, or start an idea. People can respond in short videos that are stitched together to build the conversation. Stephen came up with the idea because he needed a fun way to ask his son questions online since he lives in England and Steve is here in LA most of the time. That was when the concept was born and now it's a full fledged application and great fun to use with your friends and family.
THE LAUNCH EVENT

I arrived at the hotel at about 3pm even though Steve was not expected to arrive until about 4pm, because I had heard that it might be crowded. My friend, Lydia and I waited talking to friends and I noticed Kristin Bauer van Straten sitting out on the patio talking (see photo below). When she was about to leave she was kind enough to come up to me and say hello. We talked about the upcoming end of the season and she said she was sad about it. She had gotten to the event much earlier than I did, so she was on her way out and we said "goodbye."

Other celebrities were there and participated by recording a WEEV. I saw Ben Kingsley and from Game of Thrones Isaac Hempstead Wright who plays "Brandon Stark."


Finally, after waiting for about an hour and a half, Stephen arrived. As soon as he walked in, he was immediately consumed with photo obligations and interviews. I was glad to be there to take lots of photos while he was being photographed, (see below). 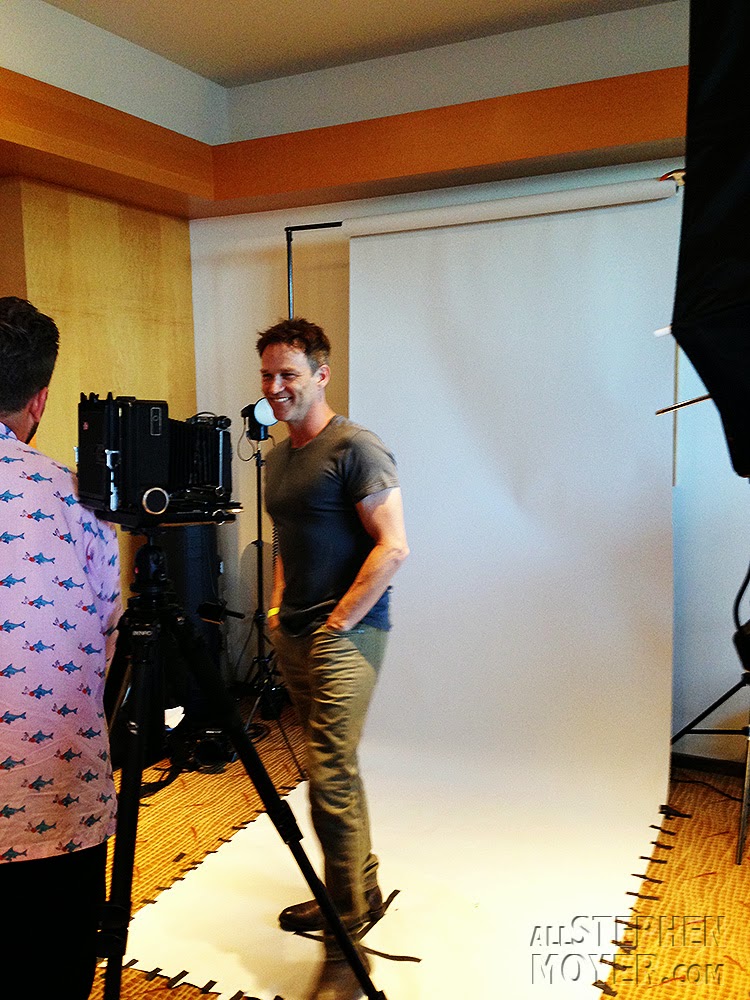 See all the photos from this event in the Photogallery

Once he had shot his photos, he came over to say hello and we took this pic. It was a very hot and humid day in San Diego to wait in order to see and learn about the APP, but it was so worth it. 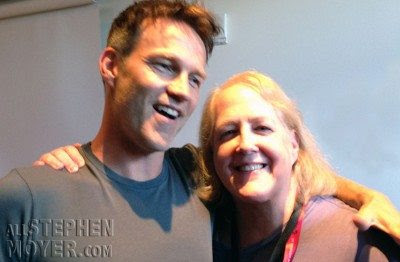 SHORT VIDEO INTERVIEW OF STEVE AT THE WIRED CAFE


MORE ABOUT THE APP

I had downloaded the APP last summer when it was still in BETA. Stephen had told me about it then when I visited the True Blood set. WEEV a mind-blowingly simple video app that lets people ask questions to the world and have them answered in short videos seamlessly stitched together.

Lots have downloaded and posted on the app, and below are just a few screen shots of the True Blood cast members who have already posted a WEEV:

It's currently only available for APPLE devices, but I hear that an Android version should be out very soon, so be on the look out.
Posted by Lynn Dougherty at 12:10 PM